Happy Tuesday! I decided to start writing this before breakfast, which is dumb because I know I’m going to get half way through before I have to stop and eat and nothing disrupts my writing flow like eating haha. Anyway, I have quite a few book releases on my list this month and not really anything for the others but hey – this is a book blog so at least I’m sticking to my niche. Let’s hop in!

1. Kissing Lessons by Sophie Jordan – Release date: 2nd June (Today). It’s described a little like Sex Education which I adore, plus the romance sounds so great and just ugh! Perfect summer romance read! Plus the cover is stunning!

Wild, beautiful, and (as rumor has it) experienced, Hayden Vargas doesn’t have time for love or relationships. She’s learned the hard way that the only person you can count on is yourself, and she’s hell-bent on earning enough money to leave her small, judgy Texas town as fast as possible. So when nerdy Emmaline Martin offers to pay Hayden for lessons in seduction, the money is so easy, there must be a catch. Enter the catch: Emmaline’s older brother, popular, all-around nice guy™ Nolan Martin, who doesn’t want his sister’s reputation tarnished by the school’s resident bad girl.
But Hayden should know that looks can be deceiving. Nolan may seem like a golden boy, but like Hayden, he has a few secrets of his own. And the more he meddles in her lessons with Emmaline, the more these polar opposites clash—and the more sparks fly. Turns out Nolan may have some lessons to teach Hayden, but only if she’s willing to learn.

1. Hood by Jenny Elder Moke – Release date: 9th June. I am obsessed with Robin Hood. It’s such an amazing story so as soon as I saw this was a retelling I was like WHeRe dO I sIgN uP!! And also…it’s the cover just eye-melting gorgeousness?

Isabelle of Kirklees has only ever known a quiet life inside the sheltered walls of the convent, where she lives with her mother, Marien. But after she is arrested by royal soldiers for defending innocent villagers, Isabelle becomes the target of the Wolf, King John’s ruthless right hand. Desperate to keep her daughter safe, Marien helps Isabelle escape and sends her on a mission to find the one person who can help: Isabelle’s father, Robin Hood. As Isabelle races to stay out of the Wolf’s clutches and find the father she’s never known, she is thrust into a world of thieves and mercenaries, handsome young outlaws, new enemies with old grudges, and a king who wants her entire family dead. As she joins forces with Robin and his Merry Men in a final battle against the Wolf, will Isabelle find the strength to defy the crown and save the lives of everyone she holds dear?

3. You Say It First by Katie Cotugno – Release date: 16th June. It looks like such a cute Hate-to-Love Romance, my kind of thing – especially in the summer months.

Meg has her entire life set up perfectly: her boyfriend Mason is sweet and supportive, she and her best friend Emily plan to head to Cornell together in the fall, and she even finds time to clock shifts phonebanking at a voter registration call center in her Philadelphia suburb. But everything changes when one of those calls connects her to a stranger from small-town Ohio, who gets under her skin from the moment he picks up the phone. Colby is stuck in a rut, reeling from a family tragedy and working a dead-end job—unsure what his future holds, or if he even cares. The last thing he has time for is some privileged rich girl preaching the sanctity of the political process. So he says the worst thing he can think of and hangs up. But things don’t end there.… That night on the phone winds up being the first in a series of candid, sometimes heated, always surprising conversations that lead to a long-distance friendship and then—slowly—to something more. Across state lines and phone lines, Meg and Colby form a once-in-a-lifetime connection. But in the end, are they just too different to make it work?

4. Rebel Spy by Veronica Rossi – Release date: 23rd June. I love this take on the Culper Spies! It sounds so gripping and exciting and just so up my street! History and Spies, could I ask for anything more?

Rebellious Frannie Tasker knows little about the war between England and its thirteen colonies in 1776, until a shipwreck off her home in Grand Bahama Island presents an unthinkable opportunity. The body of a young woman floating in the sea gives Frannie the chance to escape her brutal stepfather–and she takes it. Assuming the identity of the drowned Emmeline Coates, Frannie is rescued by a British merchant ship and sails with the crew to New York. For the next three years, Frannie lives a lie as Miss Coates, swept up in a courtship by a dashing British lieutenant. But after witnessing the darker side of the war, she realizes that her position gives her power. Soon she finds herself eavesdropping on British officers, risking everything to pass information on to George Washington’s Culper spy ring as agent 355. Frannie believes in the fight for American liberty–but what will it cost her? Inspired by the true “355” and rich in historical detail and intrigue, this is the story of an unlikely New York society girl turned an even unlikelier spy.

5. Deadly Curious by Cindy Anstey – Release date: 23rd June. Another Historical spy novel that sounds just to die for! I get a little sense of romance from this one which also just peaks my interest so much more! I can’t wait to get a hold of this! And once again, beyond beautiful cover!

1834. Sophia Thompson wants nothing more than to be one of the famed Bow Street Runners, London’s most elite corps of detectives. Never mind that a woman has never before joined their ranks–and certainly never mind that her reclusive family has forbidden her from pursuing such an unladylike goal. She gets the chance to prove her capabilities when an urgent letter arrives from her frantic cousin Daphne, begging Sophia to come look into the suspicious death of Daphne’s brother. As Sophia begins to unravel the tangled threads of the case–with the help of a charming young policeman–she soon realizes that the murderer may be even closer to her family than she ever suspected.

I didn’t see any music releases this month that were particularly catching too my eyes. Music is a hard one to predict for me cause there’s not many artists that I adore all the music of – I’m more of a couple songs from each person kind of thing so I don’t really get excited for releases, more just get excited to find new stuff when it happens if you get me.

Lockdown is still going strong here in Scotland. Some things are reopening and we’re allowed to meet (socially distanced) with one other household. Part of me just wants to hold off on seeing people because if I can’t hug them then then it’s basically just Skype. And also if I’m not THAT desperate to go out…should I really be putting myself at risk? Cause even though I’m following the rules I know a lot of people aren’t – stupid people. Anyway! It’s also my birthday this month! I am going to be 20, which is crazy because I still feel like I’m 16 haha. I’m excited to get to spend the day with my family even if it is just at home ❤

Anything you are excited for this month? Tell me below! Have a great day and see you tomorrow 🙂 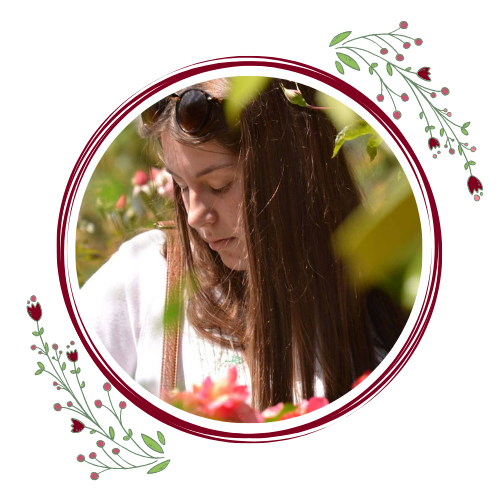