Hi,
So I know I said it would be Christmas themed post for the next couple of weeks but I have a few promos to fill some time too in case you don’t particularly care for the Christmas spirit and just want some simple bookish stuff. Here you go.

I want vengeance so badly that I can almost taste it. It’s all I’ve ever wanted. So, I did what any privileged, adopted boarding school girl would do. I slapped on a secret identity and became an internationally renowned thief, known as The Fox. Nobody knows me. Nobody can catch me.

Or so I thought…

It turns out; I have what they want. Special abilities. And trust me, these abilities are coveted–and dangerous. Now, I don’t know who to trust or where to go. Peril lurks on every corner as I try to uncover my past and origin. Teaming up with unlikely allies may be my only chance at survival or my biggest mistake. Only time will tell.

I’m Kit Davenport and this is only the beginning.

Excerpt:
Pausing at the entrance to the room, I fished my phone out of the pocket in my black jeans and ran an application labelled “You Never Know,” which Lucy had designed to scan areas for hidden security features we might have missed in our mission planning. It took a minute to fully probe the room, and while waiting, I snaked a finger under the short, black wig I wore and scratched at my scalp. Using a disguise was just sensible thieving, but seriously, wigs itched something awful! Maybe next time I would try a hat. The image of myself pulling a job while wearing a top hat or a Stetson made me chuckle.
Seconds later, my screen flashed red with an alert and surprised the hell out of me. It was the first time the app had actually caught something.

“Are you seeing this?” It was a pointless question. She had a mirror image on her computer screen.

“Huh. That definitely wasn’t there a week ago when I did a walk through,” she muttered, and her furious tapping at her keyboard echoed over the comms.
“Okay, it’s a laser beam grid linked to a silent alarm that will trigger the security shutters on all external access points. I don’t have time to hack into it and shut it down, so…”

I could picture her shrug and sighed. “So, don’t trip the lasers, yes? Got it. Send me the map.” An intricate web of red lines appeared on my phone, overlaying the camera’s view of the room. If I watched the screen and not my feet, it would be possible to avoid the beams.
Conscious of the ticking clock, I carefully started stepping across the floor. All seemed to go well until I got within ten feet of my intended loot. Suddenly my nose started twitching with a sneeze. “Dammit,” I hissed, then fought to hold my breath.

“What’s going on in there, Kit?” Lucy asked, worry tight in her tone.

I wriggled my nose a few times to shake off the itch before replying, “You know how I often get pretty awesome hay fever in Autumn…?”

Lucy groaned like I was doing this to deliberately test her nerves, but I wasn’t trying to tease her. I might actually sneeze.

“I think it’s gone,” I said, relaxing minutely, and raised my foot for the next step. Of course, Murphy’s Law prevailed, and the second I shifted my weight, the urge to sneeze returned full force. I clamped my mouth and nose shut, but I lost my balance even as I tried to swallow my sneeze. My leg rocked into one of the laser beams. 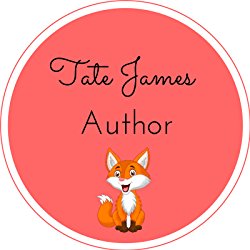 Tate James was born and raised in the Land of the Long White Cloud (New Zealand) but now lives in Australia with her husband, baby and furbaby.

She is a lover of books, red wine, cats and coffee and is not a morning person. She is a bit too sarcastic and swears too much for polite society and definitely tells too many dirty jokes.

So, that’s all for today folks. I think I have another couple promo posts coming in the next couple of days but you know how disorganised I am so who knows.
I swear I will try get them up on time. It will be back to christmassy things soon. I swear!

Until then, Thanks and Happy Reading,
Maisy.